Almost every person has an appreciation for natural environments, say San Diego State University scientists. Most people find healthy or pristine locations with high biodiversity more beautiful and aesthetically pleasing than environmentally diminished places. In a new study which computed ‘aesthetics’ as it relates to coral reefs, researchers have shown that computer analysis of underwater photos can be used to accurately assess the health of a coral reef.

Working together, mathematicians, biologists and art historians created a tool to computationally measure the aesthetic appearance of coral reefs. The results show that visual cues generated from random underwater photos can be used to reliably assess both the beauty and health of reefs around the world.

The collaborators compiled and modified a list of 109 visual features that can be used to assess the aesthetic appeal of an image, such as the relative size, colour and distribution of discernable objects within the image, as well as texture and color intensity. They then created a computer program capable of assessing these features in images and used it to analyse more than 2,000 random photos of coral reefs from 9 locations across the Caribbean and central Pacific. The program produced a “beauty” score for each reef ecosystem. 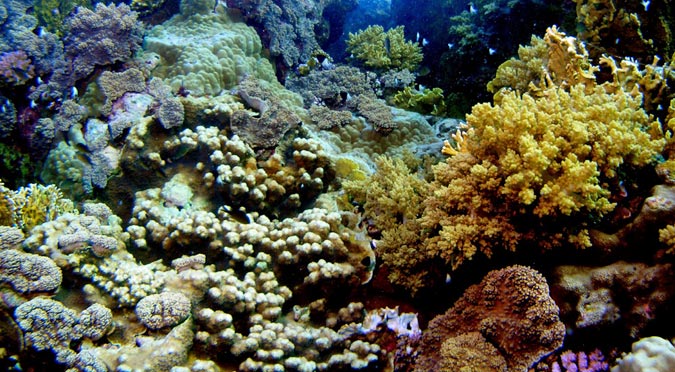 Thriving ecosystems are abounding with bright colours. Underwater, coral reefs surpass all other ecosystems in their display of colour. The diversity and colorfulness of fauna and flora living in healthy reef systems is unmatched on this planet. This diverse and intense display of color is, however, not only an indicator of high biodiversity, but also of a “clean” system.

The study, “Can we measure beauty? Computational evaluation of coral reef aesthetics,” was published Nov. 10 in the scientific open access journal PeerJ. The findings show striking similarities between the aesthetic score produced for random reef images and the health of the respective reef ecosystem as evaluated by reef scientists.

“Our results suggest that our perception of aesthetics is well-aligned with healthy, thriving ecosystems,” said Andreas Haas, primary author of the study.

The results demonstrate that human perception of aesthetic value is not purely subjective, but is influenced by inherent components of nature that indicate healthy or degraded states. Ecologists may be able to use this tool, or ones like it, as a quick and inexpensive approach to monitoring the status and health trajectories of coral reef communities.

“By quantifying aesthetic features of coral reef systems, this method provides a cost effective tool that also targets one of the most important socioeconomic values of coral reefs — their natural beauty,” Haas said.

The scientists have made their system available to anyone to try – go to http://www.sensiphi.com/ and you can upload your photos for automatic assessment of coral reef beauty and health.