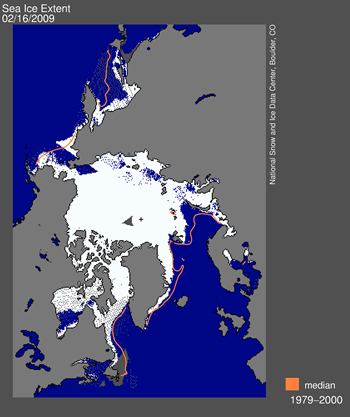 The problem arose from a malfunction of the satellite sensor. Sensor drift, although infrequent, does occasionally occur.

“Some people might ask why we don’t simply switch to the EOS AMSR-E sensor.” said the center. “AMSR-E is a newer and more accurate passive microwave sensor. However, we do not use AMSR-E data in our analysis because it is not consistent with our historical data…There is a balance between being as accurate as possible at any given moment and being as consistent as possible through long time periods.”

Arctic sea ice reflects sunlight, keeping the polar regions cool and moderating global climate. According to scientific measurements, Arctic sea ice has declined dramatically over at least the past thirty years, with the most extreme decline seen in the summer melt season.