The cosmetic preservatives known as parabens are in thousands of products, and, at low levels, in the vast majority of Europeans and Americans. Recent studies have raised concerns that the compounds might have unwanted health effects. Now scientists report for the first time that the antimicrobials are also showing up in the tissues of all the marine mammals tested, including dolphins, sea otters and polar bears. Their results appear in the journal Environmental Science & Technology, published by the American Chemical Society.

Manufacturers have been adding parabens to some lotions, makeup, foods and pharmaceuticals since the 1950s. They prevent bacterial growth and extend products’ shelf-lives. But research has shown that parabens and their byproducts can act like oestrogen in animals. Although the potential effects on humans aren’t clear, an analysis by the American Centers for Disease Control and Prevention found that most people whom they tested had detectable levels of parabens in their urine. And humans aren’t the only ones getting exposed. As products containing these preservatives wash into the sewage system, they can be released into the environment. Kurunthachalam Kannan and colleagues wanted to find out whether marine animals were accumulating parabens in their bodies too. 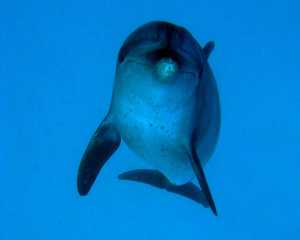 The researchers analyzed 121 tissue samples from eight species of marine mammals from the coastal waters of Florida, California, Washington and Alaska. They detected methyl paraben in many of the samples. A metabolite of methyl paraben called 4-hydroxybenzoic acid (4-HB) was in every sample. The levels ranged from trace amounts of methyl paraben in polar bears to tens of thousands of nanograms of 4-HB per gram of tissue in some dolphins and sea otters.

The scientists say that further research is needed to determine what potential health risks these substances might pose to marine animals.