SCUBA divers underestimate the amount of life in heavily-fished areas, a study suggests.

Scientists from Australia compared fish counts by SCUBA divers—who produce noisy bubbles—and divers using silent rebreathers. They found little difference in counts between the two in Marine Protected Areas (MPAs), where the fish weren’t frightened of the divers. In more heavily fished areas though, the bubble-free divers recorded 48% more species and up to 260% greater fish abundance than the SCUBA divers. 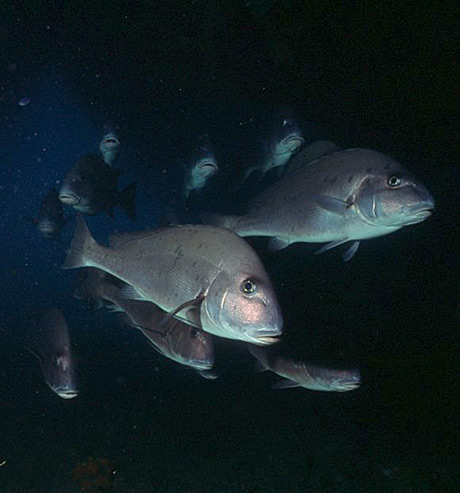 Visual assessment by SCUBA divers is a commonly used method to gauge reef fish communities. However, the report in the journal Methods in Ecology and Evolution casts doubt upon its accuracy in some areas, saying that as fishing pressure increases so does the bias of the count.

The divers wearing rebreathers were able to get closer to the larger, most heavily-fished species which were very shy of divers in the non-protected areas. The researchers—Steven J. Lindfield, Euan S. Harvey, Jennifer L. McIlwain and Andrew R. Halford—recommend the use of this bubble-free diving system for surveys assessing reef fish populations, especially in areas where fish are heavily targeted by spearfishing. If fish behaviour isn’t taken into account, surveys using SCUBA could result in in the wrong conclusions when comparing fished and protected areas.

The surveys were carried out in Guam.

How to safeguard marine habitats AND increase fishing catches

Remotest islands in the world to be a massive marine reserve