Humans, given their tendency to atrocity, have a preconceived notion that we have dominion over the earth and everything that’s in it – you can blame the bible and Kipling for that one. This has unfortunately lead to the extinction of various species across the world, some of which we may never have known about. While the human race has been committing animal genocide for centuries, their inability to learn from the past and decrease their impact on the planet is mind boggling. So with that in mind, this article will draw up a list of possible ways in which you would drive a species to extinction. While the cynical tone of this piece might come across as some kind of PETA Catcher in the Rye, think of it as an ironic list, the point of which is to highlight things not to do.

1.Deforestation – not to mention the natural beauty that deforestation causes, destroying the homes of thousands of animals will obviously be detrimental to their well being. So, step one of killing off a species would be to kill their home. Unlike humans who could file insurance or seek justice and compensation for their own homes being damaged, animals are simply driven into smaller areas of forests and are then forced to scramble for the remaining food and habitable areas, this inevitably breeds confrontation and a more sudden and unnatural Darwin’s law. For example, the giant panda’s food supply was ravaged by the Chinese and has been an endangered species for decades. This species is now on the rise however and, as a result of various preservation projects, has been upgraded to vulnerable species. 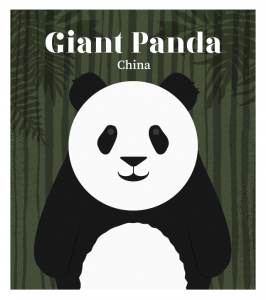 2.Pollution – for all its consequence, pollution is one of those ugly habits that humans have been practising for centuries and although there has been a significant improvement in this area the effects of it are still plaguing the natural world. Sometimes the effects are blinding, when you see pictures of lifeless baby turtles snared in the plastic rings of discarded beer crates, but others are less obvious. The Brown Pelican, for example, was nearly made extinct by the effects of DDT poisoning shortly after the second world war. These extreme pesticides carried their threat into the insects, trees, seeds and eventually polluted the Pelican’s food supply. Having now been banned, this species is too on the mend.

3.Hunting – perhaps the most barbarous of methods – as there is no buffer between the action and consequence – is hunting. This ill-conceived notion that shooting a roaming animal from hundreds of yards away brings with it some otherwise unattainable masculinity in many ways sums up the human condition. The various species that have been hunted out of existence coupled with the ones that currently are shows that, whether it’s for sport or profit, this archaic and toxic practise is your most sociopathic method of driving a species to extinction.