Launched from San Francisco, the Ocean Cleanup system is heading for a two-week trial before continuing its mission to remove plastic from the Great Pacific Garbage Patch, 1200 nautical miles offshore. 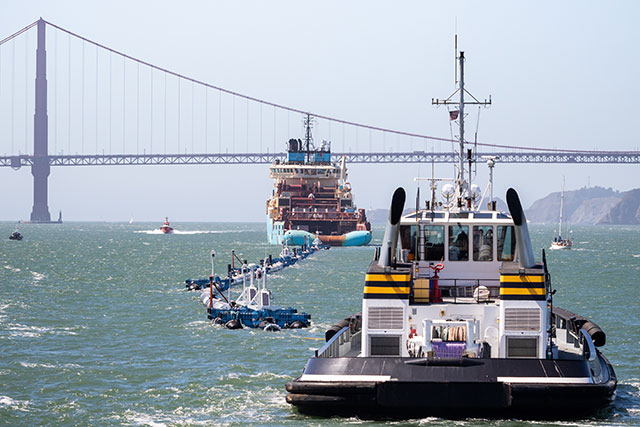 Hundreds of scale-model tests, a series of prototypes, research expeditions and multiple iterations have led to this major clean up attempt. The system comprises a 600-meter-long (2000 ft) U-shaped floating barrier with a three-meter (10 ft) skirt attached below. Propelled by wind and waves, it passively catches and concentrates plastic debris in front of it. Due to its shape, the debris will be funnelled to the centre of the system.

The Great Pacific Garbage Patch is the world’s largest accumulation zone of ocean plastics. Situated halfway between Hawaii and California, the patch contains 1.8 trillion pieces of plastic, and covers an area three times the size of France.

The Ocean Cleanup anticipates that the first plastic will be collected and returned to land within 6 months after deployment. This will mark the first time that free floating plastic will have been successfully collected at sea. After returning the plastic to land, The Ocean Cleanup plans to recycle the material into products and use the proceeds to help fund the cleanup operations. 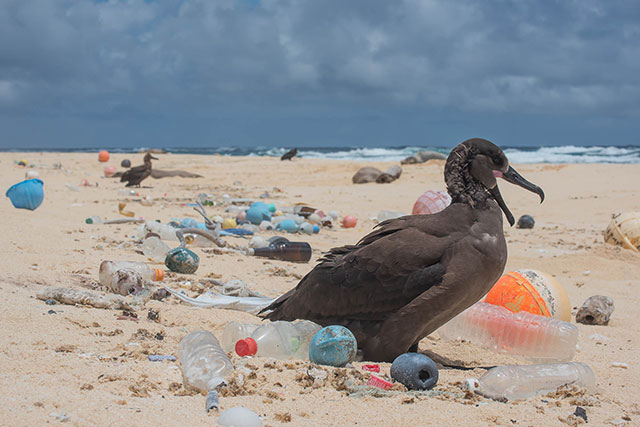 Boyan Slat CEO of The Ocean Cleanup said, “Today’s launch is an important milestone, but the real celebration will come once the first plastic returns to shore. For 60 years, mankind has been putting plastic into the oceans; from that day onwards, we’re taking it back out again.”

While the main objective is to prove the technology and start the cleanup, a secondary goal is to collect performance data to improve the design for future deployments. Hence, the system is equipped with solar-powered and satellite-connected sensors, cameras and navigation lights to communicate the position to passing marine traffic, and enable extensive monitoring of the system and the environment.

The Ocean Cleanup is a Dutch non-profit organisation. Its goal is to reduce the amount of plastic in the world’s oceans by at least 90% by 2040. The company was founded by Boyan Slat when he was just a teenager. He had an idea to clean up the plastic, and unlike most of us with what we think are good ideas, created a company to put his ideas into practice. The company now employs 70 staff and, if all goes well, is on the brink of putting his idea into action.

Some marine conservationists are worried that the Cleanup system will trap marine life along with the plastic. They say that the obvious solution is to stop littering the oceans with plastic. Rather like turning the tap off before trying to mop up the flood caused by the bath overflowing.

Which sunscreens are safe for sea life and which should you avoid?