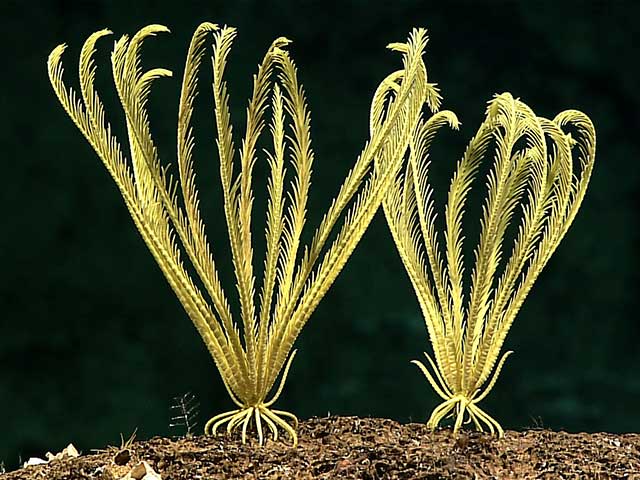 Relatives of starfish, there are many different species of feather star. Some species have 5 arms, some 200.

By day these beautiful animals keep curled up but on night-dives you see them in their warm colours, with their feathery arms extended. 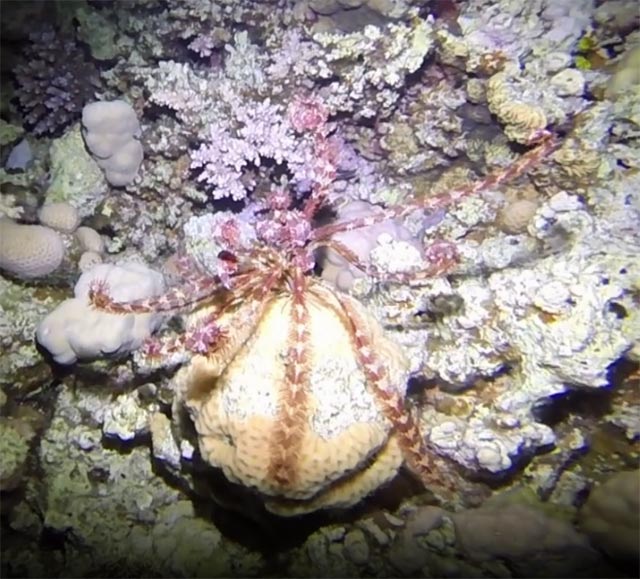 When food is plentiful, with strong currents carrying large amounts of plankton, feather stars will form large groups. Look closely at them and you will often see another animal – a shrimp, crab or fish – living with the feather star. 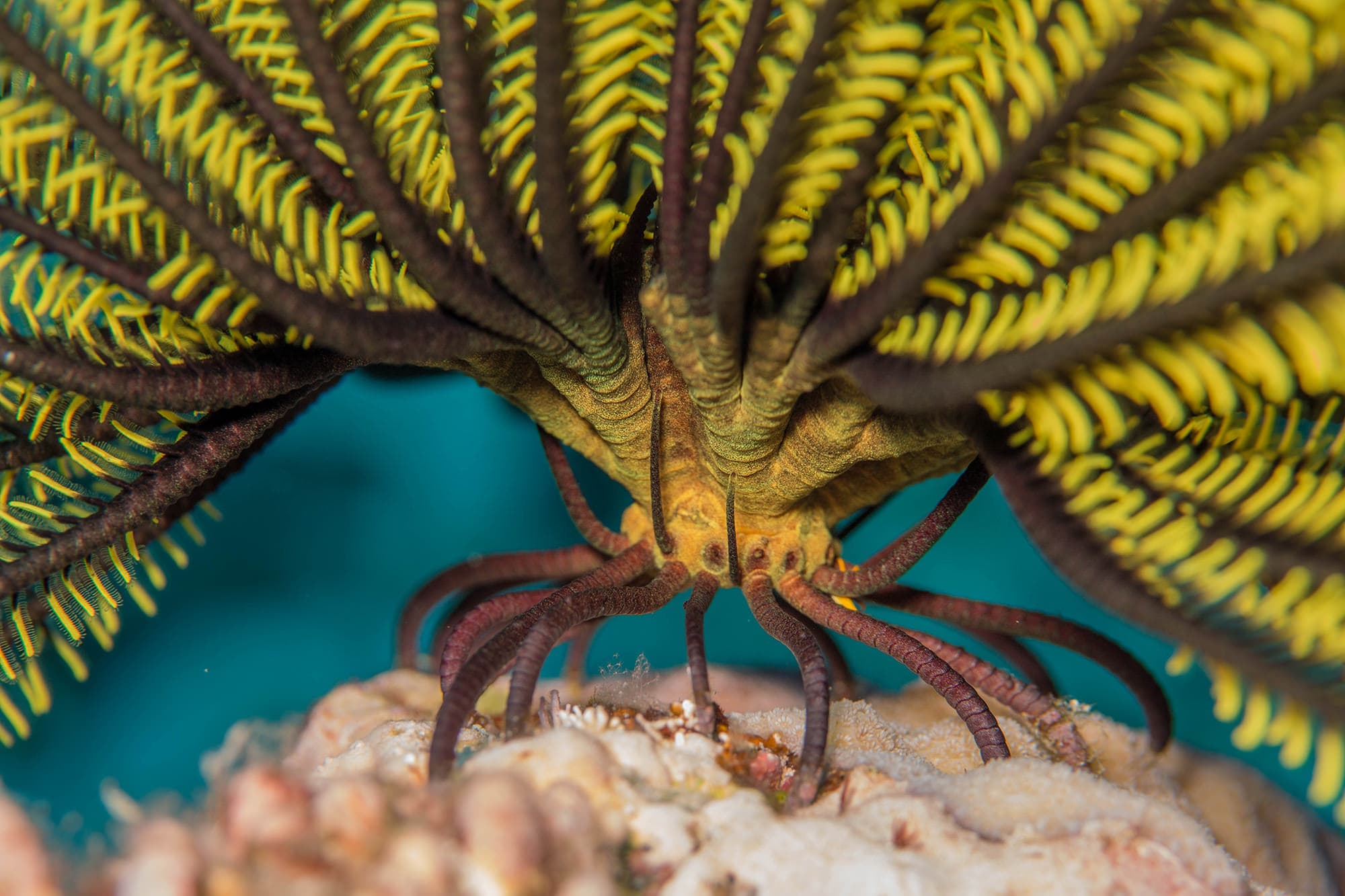 Arm bitten off? Just grow a new one

Ten families of fishes prey on feather stars. If one of their limbs is bitten in half the feather star will slowly regenerate it, growing the arm around 3-4 mm a week. 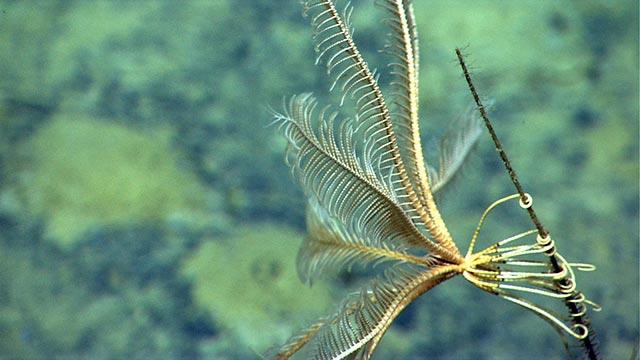 Also known as crinoids, feather stars have a tenacious grip and anchor themselves to coral, seaweed, sponges and the like. They can swim by sweeping their arms up and down, or crawl slowly on the tips of the arms which are bent right over to hold the body away from the sea bed. They spend most of their time though simply anchored in their chosen location, suspension-feeding.

Swimming and crawling feather stars with their associated animals, from National Geographic

Their feathery branches are equipped with numerous tiny tube feet that catch floating food and flick it into grooves which run down each arm. The food is then transported down to the mouth in the centre of the body. Unlike starfish, a feather star’s mouth is on the top side of its body. 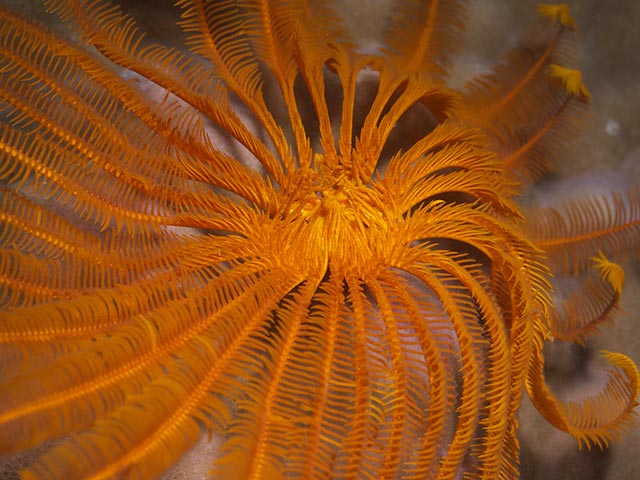 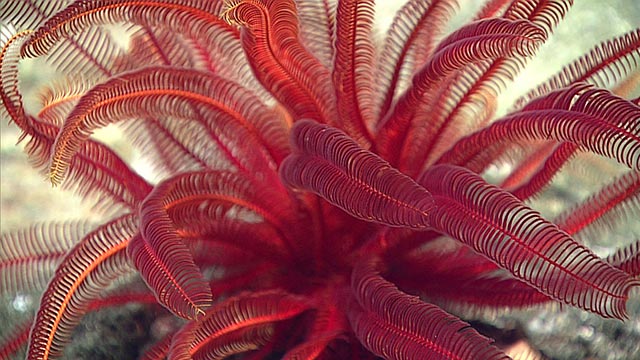 Next time you are night-diving it’s worthwhile spending some time examining these lovely creatures.

Night Dive in the Red Sea – Feather Stars and Fish