Arabian Aggressor is the newest addition to Aggressor’s Fleet family in the Red Sea. Launching February next year, it visits Sudan up until October before switching to Djibouti until January. You can currently get $1000 off trips if you book by 3 August this year.

The boat has 10 cabins for 20 divers. Each cabin is equipped with a private shower, air conditioning and TV. Two staterooms have double beds with the other rooms having twin beds.

Divers can do up to 5 dives per day before relaxing in the hot tub.

Sudan is even richer in coral and fish. But what brings many divers to this destination is hammerhead sharks. 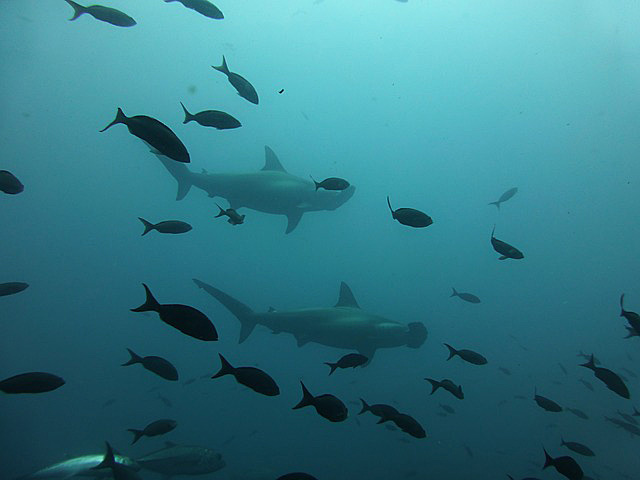 Sudan is a vast area and known for large reefs, lagoons and pinnacles, pristine coral and walls, schools of hammerhead sharks, grey sharks, white tip sharks, tuna, jacks and barracudas, lots of manta rays and wrecks. The warm, crystal clear water of Sudan offers immense variety with over 400 species of coral and 1500 species of fish, turtles and sharks.

It also has one of the best preserved World War II wrecks in the Red Sea, the Umbria which is 150 m long and lies on its port side in water that ranges from 5 to 38 m deep. The freighter was built in 1912 in Hamburg, although her name was then Bahia Blanca. In 1935 she was bought by the Italian government, renamed Umbria and refitted for use as a troopship. Italy was about to enter the war but no secret was made of her cargo. For her trip down the Suez canal in 1940 two British pilots came on board. They took two days to pilot her, rather than the normal 3 hours. When the Umbria was able to continue South down the Red Sea, the British Royal Navy sloop Grimsby was close behind. Off the coast of Sudan, the British boarded the ship with the excuse of “contraband control”, with the support of a New Zealand battle-cruiser. The captain was so determined to not let the British Navy seize it in Port Sudan that the Captain gave orders to sink the ship due to its precious cargo of 360,000 aircraft bombs, ammunition and other supplies. Today you can also see hundreds of wine bottles aboard.

Book your place in the newest Red Sea liveaboard before 3 August and save $1000. Plus – get a free shark T-shirt.

Egypt and the Maldives off the travel red list

Best Places to Dive in January