Turtles are amazing creatures, found around the world in tropical and subtropical waters. They play a vital role in marine ecosystem health and have been in the ocean for more than 100 million years.

They are an understandably popular dive and photography choice and you can dive with them at a variety of top liveaboard diving destinations.

Six of the seven species of sea turtle can be seen at the Great Barrier Reef, where they feed and nest. The best way to go turtle spotting is during a liveaboard cruise to the outer reef, where you’ll typically dive Ribbon and Osprey reefs. Both of these stunning reefs are great places to see green, hawksbill and loggerhead sea turtles. Keep your eyes open for the less commonly seen Olive Ridley and leatherback sea turtles as well.

The MV Spoilsport Australia offers special Turtle Spectacular safaris in November each year to explore the far northern reefs. These safaris include a visit to Raine Island, which has been a green turtle nesting site for over 1,000 years. Thousands of turtles return to Raine Island to lay their eggs in the warm sands each year.

The Similan Islands are home to some of the best dive sites in Thailand and include thriving reefs, submerged boulders and stunning rock formations. This is a great destination to encounter green sea turtles whilst also enjoying marine life such as whale sharks, manta rays and more. The Surin Islands are less accessible and, as such, are a sought after liveaboard diving destination. The healthy reefs at these islands have huge numbers of green and hawksbill turtles. 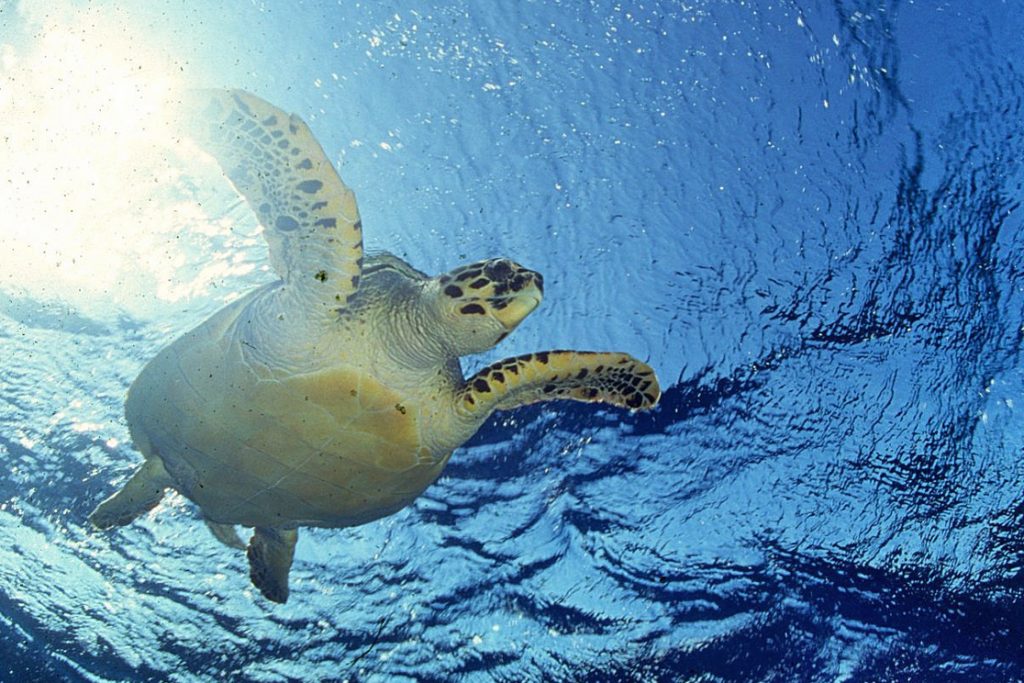 The Whale liveaboard caters for just 12 guests and offers safaris to the Similan Islands, as well as other North and South Andaman dive destinations.

Sipadan Island, Malaysia is known for a high aggregation of green sea turtles year round and there is a high concentration of mating green turtles there during each August. Diving with these reptiles while they mate is a unique experience for any turtle fan.

Sipadan is a tropical destination, with fairly easy dive conditions making it suitable for divers of all levels. The marine life is abundant, and there are colourful and vibrant reefs with hundreds of species of fish.

Grand Cayman benefits from the Turtle Centre. Here they breed turtles in captivity, transporting their eggs to beaches and burying them to replicate what happens in nature. The baby turtles make their way down to the sea, increasing the population which later return to island’s waters.

The Cayman Islands should be included in your list as well. The Cayman's are well known for their healthy turtle population. You'll mostly see Hawksbill Sea Turtles but you'll get the occasional Green Sea Turtle. Cayman Islands have it all ????? pic.twitter.com/E6TrJA5rUq

There are more great destinations to go swimming with sea turtles. Find out all about them in The Top 5 Places to Dive with Sea Turtles.

This article was written by divers and writers at LiveAboard.com