The seasons are beginning to change around the world in May and bring favourable dive conditions for some of the best destinations in the world.

It is a great month for visiting the Great Barrier Reef in Australia and enjoying excellent water visibility brought on by the seasonal change. May is the last month of Autumn at the reef and offers warm water and less rain as the wet season eases up. The average water temperature is around 23 degrees Celsius and the winter brings cloudless sunny days and flat seas. The reef is home to more than 1500 species of fish and the outer reef dive sites are particularly spectacular. The M/V Spoilsport liveaboard is even offering special photography safaris to encounter and photograph the ancient nautilus during May. 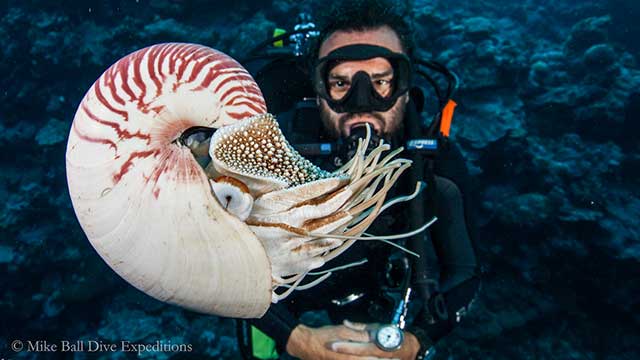 Another great option for May is diving the Galapagos, as the sea is calmer this month than during the peak season of July to December and the water is still warm at 20 to 25 degrees Celsius. It is a good month for those prone to sea sickness to visit and marine life sightings are still abundant. May offers a high chance of spotting manta rays and schools of hammerheads.

May also happens to be a good time of year for visiting the fabulous diving around Komodo in Indonesia. To dive some of the best sites you need to be an experienced diver and confident in fast moving water.

The amazing Sardine Run can start in May. This annual migration of the South African pilchard (Sardinops sagax) sets forth from the cold Cap Agulhas in the west, moving round the coast towards Aliwal Shoal and Durban. The tightly-packed fish attract an array of predators like ragged tooth sharks, bottlenose dolphins, orcas and bryde’s whales. The sardine run doesn’t happen every year: it seems to depend on current and temperature. 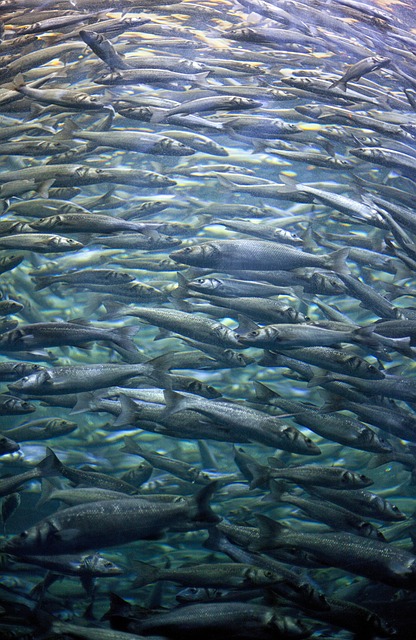 Elsewhere in South Africa, on the Indian Ocean side, is Sodwana Bay near the border with Mozambique. The water is warmer here, between around 19 and 29 oC. The whole area is a National Park, and has been since 1950, with diving permitted in just a relatively small section. The protection has resulted in masses of fish with many resident and visiting species, including dolphins, sailfish, whale sharks (October to February), humpback whales, manta rays and ragged tooth sharks (“Raggies”). Many of the dive sites are named for their distance from a lighthouse: Two, Five, Seven and Nine Mile Reefs.

The divers and writers of LiveAboard.com. Additional material by Jill Studholme, SCUBA Travel.