Komodo is one of the most biodiverse locations in Indonesia and offers world-class diving, plus the chance to see Komodo dragons. 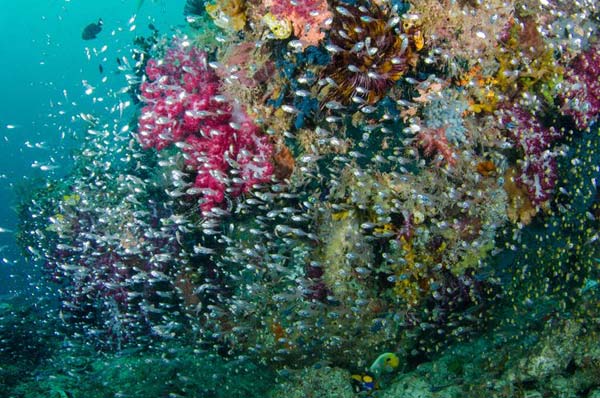 Komodo Island forms part of the Komodo National Park, which was established in 1980. It is one of only seven locations in the world with pink sand along its beaches and has a range of scuba diving options, including wall dives, pinnacles, swim-throughs, sea mounts, reefs and caves.

Komodo liveaboard diving is the best way to experience the dive sites in the area. There are a variety of vessels to choose from, including traditional sailing phinisis such as the Kira Kira. Liveaboard cruises are available all year and the best weather is during the dry season of April to November. 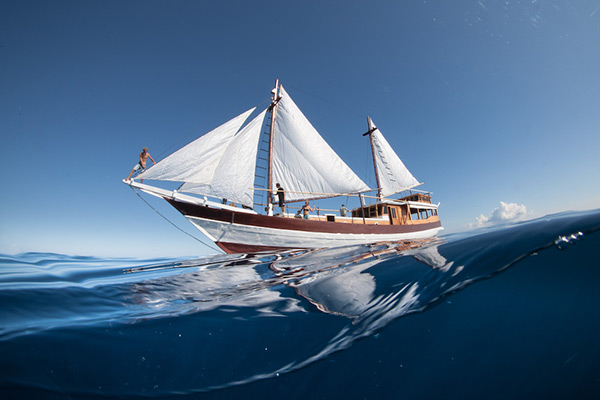 There are over 1000 fish species at Komodo and divers are likely to see manta rays, dolphins, eagle rays, Mola mola, abundant reef and pelagic fish, plus a wide variety of critters. This diversity of life is supported by the swift currents that bring in nutrients to the reefs. Manta rays can be seen all year but are present in higher numbers during December and February. The best time to see Mola mola is August. 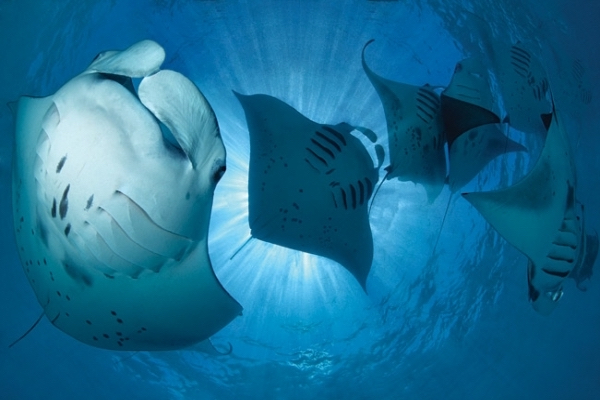 Komodo diving is best suited to intermediate and experienced divers, as the strong currents and tides can be challenging.

Batu Balong or ‘Hollow Rock’ is a huge pinnacle that lies to the west of Komodo Island. Its base reaches down to 75 meters and is a great wall dive. It has been avoided by fishermen due to the exceptionally strong currents and rocky terrain, which has left Batu Balong in pristine condition. Divers can see Napoleon wrasse, whitetip reef sharks, Hawksbill turtles and numerous reef fish. The north side of the pinnacle is steeper than the other sides and offers the most spectacular scenery at the pinnacle.

Manta Alley consists of several channels that attract numerous manta rays. The rocks are covered in orange soft corals and host a variety of invertebrates. The channels are home to trevallies, barracuda and black spotted ribbontail rays. 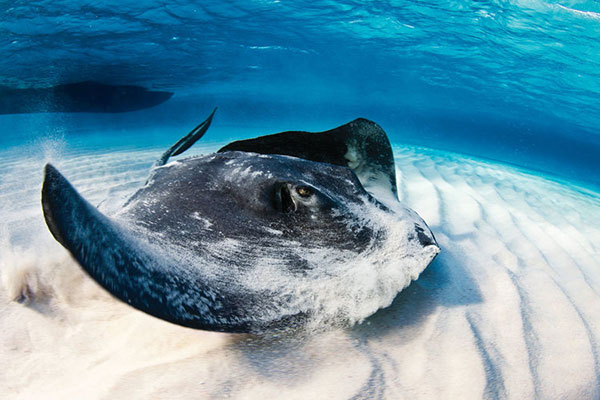 This is one of the best Komodo scuba dives and is a small seamount famous for its invertebrate life. It is easy to dive, with little current, and hosts numerous invertebrates including pygmy seahorses and frogfish. Divers can also enjoy schools of snappers, surgeon fish and scorpionfish. The soft coral cover is excellent and numerous nudibranchs can be found there.

A trip to Rinca Island is a must-do, to see Komodo dragons on the beach. It is also worth visiting to explore the diversity of corals and critters. Whilst the visibility at this site can be limited, it is a great site for macro photographers.

This island is a unique dive spot that offers the chance to dive around an active volcano. It is a black sand destination and there are bubbles coming out of the volcanic sand from vents below.

Invertebrate Wall is another great spot for invertebrates and is particularly good for night diving. The wall hosts spiny and slipper lobsters, decorator crabs, cleaner shrimps and red sea apples. Spanish dancers can also be seen, plus numerous fish species and also turtles.

This small island has great snorkelling and scuba diving. The western side of the island has rocks, caves and coral gardens. It is a good dive site for reef fish, large groupers and sharks. Manta rays are seen on the southern side and dugongs have even been spotted at the island.

This famous dive site, a small sea mount, hosts abundant fish life and numerous dogtooth tuna. Divers can swim alongside large schools of barracuda and surgeonfish. The soft coral cover is extensive and there are numerous invertebrates to discover, plus staghorn corals and anthias. Hammerhead sharks, grey reef sharks, nurse sharks, and Napoleon wrasse can be found in the deeper waters. The strong currents at this dive site make it best suited to experienced divers.

This article was written by divers and writers at LiveAboard.com

The 5 Best Biodiverse Destinations for Divers