Cuttlefish are renown for their tremendous camouflage capabilities – changing the colour and texture of their skin to match their surroundings. They have another weapon in their hide and seek armoury though – electric cloaking.

When a cuttlefish sees a predator, like a shark or other cuttlefish-eating fish, it freezes. The shark has eyes on the side of its head making it effectively blind straight ahead and near the front of the mouth. It relies instead on ampullae of Lorenzini which detect electrical fields.

The shark can sense a faint current emanating from the tube-like siphons on either side of the cuttlefish’s head and the gap around its mantle.

When the cuttlefish freezes it slows its ventilation, throws its arms around to cover the siphons and clamps down on its mantle, dropping its current right down. 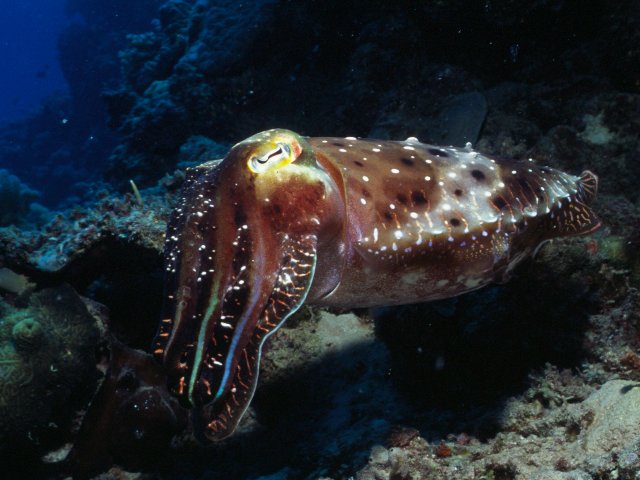 Should the freezing trick fail, the cuttlefish’s last-ditch defense is to squirt a cloud of ink and try to escape using jet propulsion.